Amid the din of countless Radio Jockeys (RJs) vying for your attention, it is no mean feat to leave a lasting impression on listeners. Which is why it is quite ambitious for a young man from the hills of Uttarakhand to be trying to bring about a refreshing change across the Indian airwaves with his unique style. 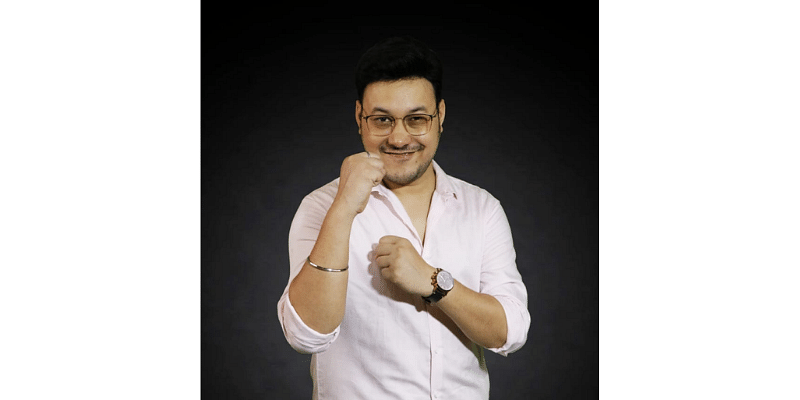 RJ Kaavya from 93.5 Red FM is a veteran in the field, having spent more than 12 years as an RJ with stints in several cities before settling down in Dehradun.

For RJ Kaavya, or Kavindra Singh, it all began in 2008 when he failed his 11th grade examinations. Given that his father ran a school in Bageshwar, the incident came across as a rude shock to his family. Kavindra then moved to Delhi to complete his schooling. It was here that he got drawn to the world of radio. Flipping past radio stations, he gradually realised that his true calling was to become an RJ.

Young Kavindra then managed to convince his family about his newfound passion. Thus, began his journey as a broadcaster with the name RJ Kaavya. He moved from Jodhpur to Jaipur and to Kolkata, before landing a job as an RJ in Dehradun. – A city where he has been stationed at till date. Many from the hillside town, and the state of Uttarakhand at large, can attest starting off their day on a pleasant note by tuning into to listen to RJ Kaavya’s sonorous voice every morning.

RJ Kaavya is a YouTuber as well. His channel, named “Uttar Ka Puttar”, has brought him fame across Uttarakhand and even outside the state. RJ Kaavya is also a composer. In fact, his composition, “Ghumo Chhahe Garmi Mein Ya Ghumo Thand Mein, Har Mausam Rangila Yaha Uttarakhand Mein”, has been praised by no less than the state government of Uttarakhand. His show “Ek Pahadi Aisa Bhi”, has won an award at the Dehradun International Film Festival.

At the same time, he wants to sensitise people about various social issues. RJ Kaavya is also launching a new show on his YouTube channel through which he aims to revitalise economic activity by promoting new and viable business ideas during these challenging times brought about by the COVID-19 pandemic.

The young RJ says that it is not easy to be in his shoes, as a good RJ not only has to speak well, but also has to be a good listener. He says that having a personal connection or rapport with the audience is the most important aspect of audio/visual communication, as it helps in boosting one’s own confidence and also that of the audience.

Having struggled with his studies while growing up, the artiste believes that bookish knowledge alone cannot decide somebody’s destiny. His credo is that unconventional thinking can be a key to success, and to follow your passion to discover your true calling.

It is his faithfulness to this credo that he can attest the success of his life trajectory to.

Want to make your startup journey smooth? YS Education brings a comprehensive Funding Course, where you also get a chance to pitch your business plan to top investors. Click here to know more.