Is this that “fake news” Donald Trump is always talking about?

A damning new report is out asserting New York Police Department higher-ups reportedly cooked up that infamous story about officers getting “poisoned” by Shake Shack milkshakes in Manhattan. All this according to the New York Post, who now reports the trio of cops who first complained about the “funny taste” in their milkshakes NEVER EVEN GOT SICK!

Flashback exactly a week, when we reported on those Manhattan cops having to go to the hospital after consuming “poisoned” milkshakes…

As it turns out, the three officers — who were on protest duty in Lower Manhattan at the time — simply felt something was “off” with their milkshakes, and so they spoke to the restaurant’s on-site manager, who comped them with free vouches for food and drink.

Everybody went on their way at the time, and nothing came of it. More than two hours later, the officers mentioned their Shake Shack experience to a superior who had asked about their night. It was only then that the sergeant in charge reacted by sending an Emergency Services Unit to the Shake Shack to collect for evidence (WTF?!)… more than two hours after the original shake pick-up time.

As that was happening, the sergeant sent the officers to Bellevue Hospital for further care. There, they were examined by doctors and, according to TMZ, “sent on their merry way without ever showing the slightest of symptoms.” LOLz!

Right as this all was happening, another random police lieutenant in the Bronx — miles away from the Shake Shack and not involved in the crime scene “investigation” — started firing off angry emails to police unions about how six (not three) officers had been “poisoned” by the drinks, going so far to write in the messages that the men “started throwing up after drinking the beverages,” which was totally untrue. 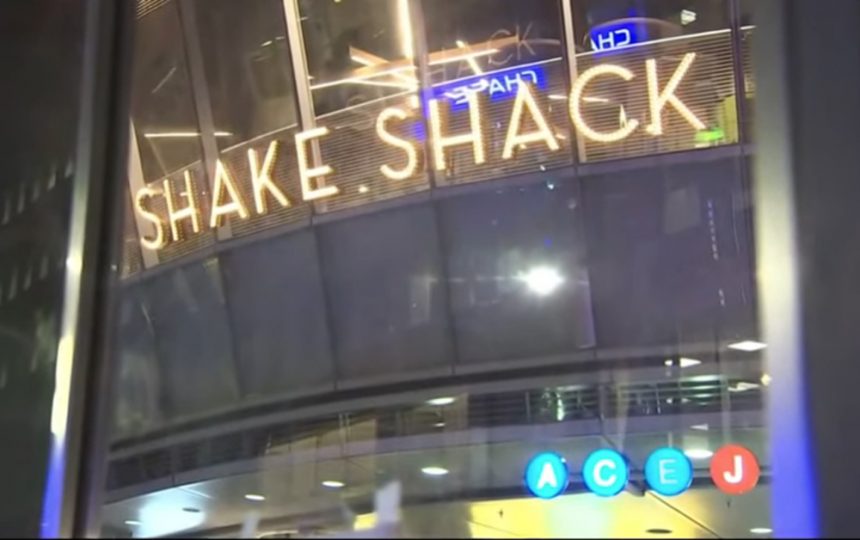 Oh, by the way, according to the Post, the officers in question used a mobile app to order their shakes in the first place. Due to COVID-19 food handling regulations, the shakes had already been fully made and packaged before the officers even arrived at the store. Sooo… how could some rogue Shake Shack employee have known the shakes were for cops at all, even if they wanted to poison them?? Yeah… this one doesn’t pass the logic test, does it??

Detectives were actually assigned to investigate (what an incredible waste of resources), but after looking at surveillance video and interviewing five employees, it was immediately clear to them that the shakes were properly made. Case closed.

Even so, the lieutenant’s emails to police unions and ensuing tweets and public statements by NYPD brass only fanned the flames of what was an entirely fake situation. Heck, it took the city’s law enforcement officials eight hours before they could give an all-clear about the incident, first seen in this announcement via Twitter later that same eventful evening (below):

After a thorough investigation by the NYPD’s Manhattan South investigators, it has been determined that there was no criminality by shake shack’s employees.

By then, much of the damage was done, with the #BoycottShakeShack Twitter hashtag trending overnight into the 16th, and the (fake) story landing on local newscasts and going viral all over social media. Even today, Twitter accounts are still using that hashtag… though we’re a little skeptical they may be bots.

Regardless, the NYC City Council is now demanding a probe into alleged “inflammatory” behavior by the police unions, who have since deleted their tweets and put out statements walking back their initial (wildly incorrect) Shake Shack accusations. The NYPD says it’s also reviewing the incident. Hmmm…

So that’s how Fake News grows and thrives, Perezcious readers! What a terrible timeline we’ve found ourselves in here! When will 2020 lighten up on us?!

Reactions? Sound OFF with your take on the whole thing down in the comments (below)…